I worked as a VFX Artist on Battlefield V at EA Digital Illusions CE in Stockholm throughout the whole project.

While I did take on a wide variety of tasks, my main area ended up being Core VFX. That is, the effects related to gameplay, like weapons, soldiers and vehicles.

From big to small, I worked on effects like the V-1 Flying Bomb to small smoke puffs that escape the shell ejection port when you fire your rifle, and everything in between!

I have thoroughly enjoyed being part of bringing war machines like the Spitfire and Tiger tank, and hardware such as the M2 Flamethrower and the M1 Garand to life.

Speaking of big, let's talk about one of the biggest gameplay explosions in Battlefield history!

I was tasked early on in the project to work on the V-1 flying bomb explosion, and did so for several weeks.
It had to be jaw-dropping and really steal the show. It went through many iterations, growing in size as it did. The buzzing sound from the bomb really demands attention, and is a good set-up for such a huge destructive blast!

I also made the engine effect as it flies across the level before falling down. I tried to capture the violent nature of the pulse jet engine, and as with all reference research, you end up learning a lot about the thing you're trying to recreate digitally.


A lot of effort goes into the less obvious effects as well. Like dust falling off the tank treads as it moves, water splashes from a falling boat or the exhaust flames coming out from a revving airplane engine that behave differently depending on the engine RPM!

These effects glue a lot of the world together as dynamic objects move through them.


I'm a big fan of caring about the small details, such as the start-up effect for airplane engines when you enter them on the ground or the first signs of a damaged airplane is its fuel tanks leaking from the correct location on the fuselage.

From time to time I took upon me a few tasks that were outside the VFX work description. I made a new shader and texture to replicate that yellow-tipped propeller that was so iconic for the era. 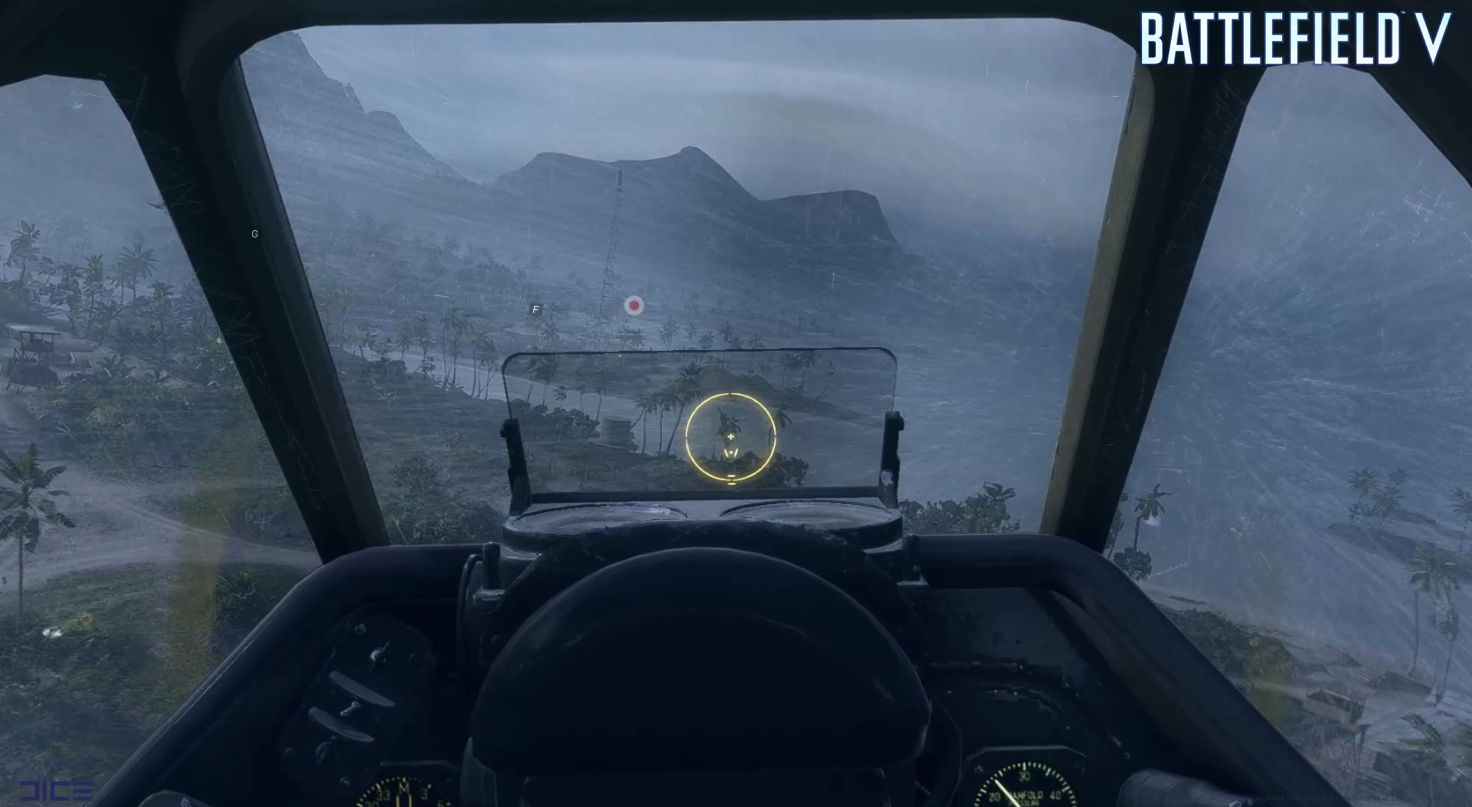 I wanted to do something unique for the P-51D and conjured up an authentic gunsight for it. It's such a small thing, but since you're looking through it most of the time while flying, it makes a big difference.

One of my favorite concoctions was tanks having a chance to cook off when destroyed, meaning that the ammunition stored inside the vehicle ignites when hit, cause a grand display of fire and sparks before violently exploding.

Even more so for the Calliope and HaChi tanks, where rockets start flying everywhere!

I worked closely with the audio team to make the Sector Artillery call-in extra punchy and intimidating.
We wanted the player to feel scared when the shells started raining down from the sky.
We tried to really match the sparks to the snappy audio and I think the result was great!
Complete with some serene signalling smoke grenades to hint at the danger to follow.


Speaking of smoke: When starting off with making the smoke grenades I wanted to do something different than the past games, so I took a look at some White Phosphorous smoke grenades used at the time. It spread quickly to rapidly grant concealment.

The effect was also used for the vehicle based smoke grenades, and I always thought it felt really good to launch them from the tubes!

When introducing the turbocharger specialization for the Pacific airplanes I couldn't just add more flames to the exhaust, the nitro upgrade already did that. But I knew what I wanted to do with it!

The propeller vortex is one of those effects where people think it is a bug, or visual glitch, until you present them with the reference material. It is always fun to bring some of those lesser known aspects of reality into a game.

It also had a additional benefit of actually being visible to the player even when in the first person cockpit camera view.


I made the effects for a lot of the weapons and gadgets in the game, an area where there's plenty of room for going the extra details.

I loved making the igniter cartridge for the M2, and making sure that if you reloaded shortly after it being lit, there'd be smoke pouring out of the nozzle once removed.

I also added the Garand speedloader ejection in 3rd person view. Got to make sure that the ping doesn't come without the full package!


My particle mastery, and beautiful voice, was lended towards the Hand Gun easter egg ;)
Playing with shaders to create comic-book like onomatopoeia is something I'd never turn down!

I'll leave you with the War in the Pacific Trailer. The cinematic team did a great job with it (and it shows off some of my effects in a very cinematic environment)!