This scene was made to showcase my ability to make effect come together as a whole. In this sequence a plane crashes, desintegrates and grinds to a halt. During this time a whole bunch of different effects work to sell the bigger effect.
Fire, smoke, debris, explosions, dirt, sparks, embers, shockwaves, destruction and wingtip vortices.

The scene is driven by a level sequence that control most of the animation. Some special cases, like the detaching plane parts, are handeled through blueprints.


The tree-line shockwave effect has a simple concept, yet very effective results.
This is how it works:

A material draws a spherical mask that has a point of origin of a blueprint in the level, the center of the explosion particle effect. The mask expands according to a parameter that is controlled through my scripted sequence blueprint.

The parameter is stored in a Material Parameter Collection and then sent to the material instance of the trees through a parameter collection node. This parameter controls a vertex offset animation which is centralised around the same blueprint as the spherical mask origo.

The tree meshes themselves have a gradient mask applied to them through the material editor, which makes sure that the tree-tops are swaying the most, while the tree trunk remain mostly unaffected. 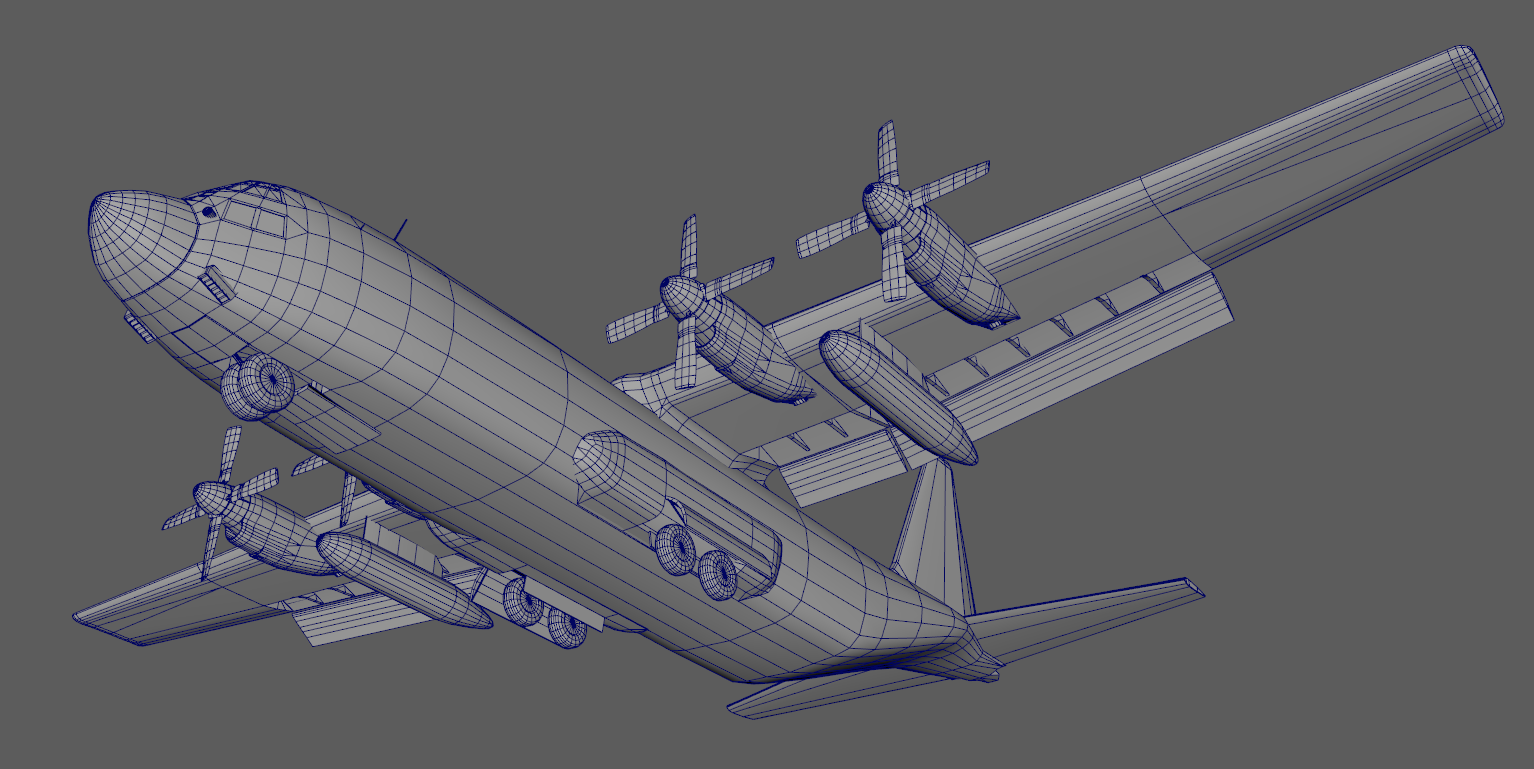 The C-130 was modeled in Maya and cut up at pre-determined breaking points. As the sequence plays out and the plane desintegrate, the pre-cut parts are hidden away from the main mesh and then spawned as physics objects in the scene.