In this environmental effect I utilized local vector fields to achieve a motion for the fish that would be hard to recreate with other methods using the tools I had available. I had to experiment quite a bit to get it all working, but the result was definitely worth it as it gets a unique look for the fish shoal. 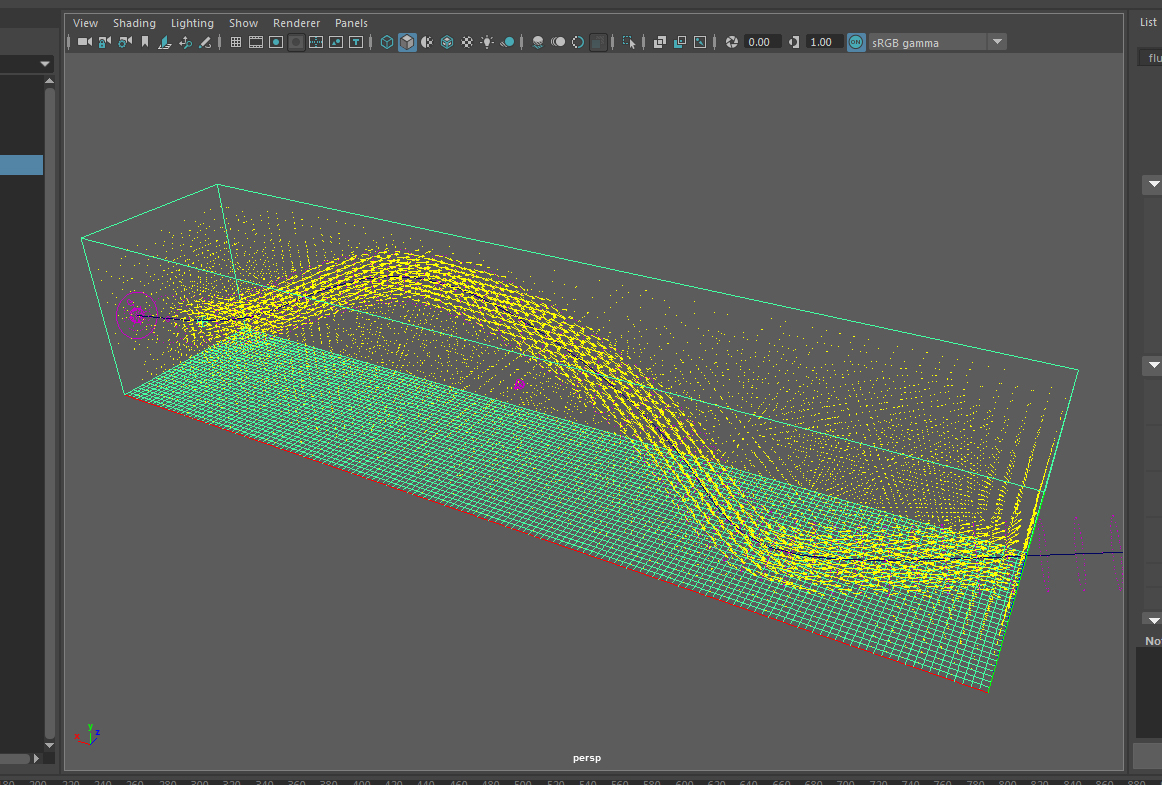 The vector fields were generated with Maya Fluids which gave me a lot of control over how I wanted the fish to swim.

I also used global vector fields for another effects. At certain points in the level there are some bioluminescent algae that you can swim through and I wanted the particles to interact with the player. We attached a global vector field to the player that interacts with the algae particle effects so that they move out of the way when you pass through. It's quite subtle, but adds a lot of interaction between the player and the world.

Speed-streaks, bubbles, shockwaves, turbo-flames and sand-trails. Many effects were used to convey the sense of velocity and speed.